7 Misconceptions About Amazon Sharing Your Account Details with California

7 Misconceptions About Amazon Sharing Your Account Details with California

Amazon shared account details for FBA sellers on October 23rd have caused a lot of online discussions. It is not a concern if you are in compliance with sales and use tax in California. The email detailed that Amazon will be turning the information over to California, which includes the EIN, name, and address on your account. Instantly, rightful so, several threads started with conversions about what this means or does not mean. We reviewed most of the comments and have come up with our shortlist of misconceptions.

In late June, California announced that Amazon FBA sellers who received the CDTFA Letter back in December 2018 or after having an opportunity to come forward and only pay past sales tax and interest since 2016 and waive penalties. This is a huge opportunity. Learn more at this link.

Our email states that if you received a letter from California, this does NOT apply (which was is how a traditional VDA or voluntary disclosure works), but in this situation, that was the error. California will allow you to be a part of this program even if you received the letter and took no action. But you must act in 90 days!

California changed its economic nexus levels to $500K in sales with NO transactions, which were great changes. Amazon will start collecting by October 1st, which is great for all sales. BUT this does not change the responsibility of FBA sellers with physical stock in California prior to October 1st.
https://www.cdtfa.ca.gov/formspubs/l632.pdf

This part is important: Past liability does not go away.

According to the auditor in California I spoke with today, if you were selling on FBA 2-3 years ago and never registered, you will still owe all the past sales tax, penalties, and interest.

Basically, with FBA stock and sales to California residents in the state before 10-1-19, you are liable for past sales tax if you were not registered. A second letter to all sellers will go out again soon (this legislative change held it up).

Updated: March 22, 2019: California is expected to send out another round of letters to sellers in three weeks.

After speaking with California today, here are some important points: 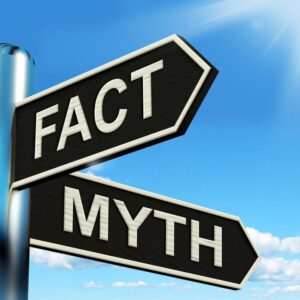 Here is a list of the Top 7 Misconceptions About Amazon Sharing Your Seller Information with California:

There may indeed be legislative changes in the future (as with every state), but that does not change the fact that California’s inventory creates sales tax nexus. This misconception comes into play because certain e-commerce groups are fighting to collect and remit sales tax on Amazon, not the third-party seller. This includes discussions about who the retailer is and why third-party sellers should not be held liable for past sales tax. In the end, as with any state, the key question is, “how does the state interpret inventory held by a third-party seller? Does that create sales tax nexus as an out-of-state seller? Does the state require or prefer I collect and remit sales tax so that the state does not have to audit residents to use tax remittance? The key is to separate your opinion of the current facts from how things may differ in the future.  If you were selling during the time in question and were not in compliance with California sales tax rules, that is a big issue, and compliance is recommended ASAP. Here is a link to California’s legislative calendar. http://www.legislature.ca.gov/the_state_legislature/calendar_and_schedules/calendar_schedules.html

California indeed has a threshold of sales for sales tax for click-through and affiliate nexus. Still, it has not adopted any economic nexus guidelines like so many other states have since the June U.S. Supreme Court Case, Wayfair vs. South Dakota.

California has nexus provisions (A. B. 28) for both click-through and affiliate nexus.  The definition now includes any retailer who enters into an agreement with a person in California in which the person directly or indirectly refers potential purchasers of tangible personal property to the retailer in exchange for a commission or other consideration, whether through an internet link, website, or otherwise. The limit is reached when it’s over $10K in the preceding 12 months with a person or persons within the state or total cumulative sales over $1-Million in the previous 12 months.

The misconception centers around the $1-million in sales, and assuming if you are under those sales to California residents, you are fine, which is not the case because that applies to click-through nexus, not economic nexus, and economic nexus does not replace physical nexus.

Separately, if you sell via FBA, most likely, you have stock in California, which creates physical nexus, which means you are required to collect and remit sales tax, which starts from your first sale after you have sales tax nexus.

The MTC.gov indeed published a white paper after two months of discussions and recommendations that impact third-party sellers. Still, the big point is that Richard Cram, the head of the MTC, said, “The White Paper is Recommendations for States to CONSIDER, does NOT mean States will Follow or Implement.” This is a proposed white paper, not legislative changes. See the recommendations from the white paper, which are great news for sellers. Now let’s see which states adopt which parts, if any, going into 2019. Keep in mind. This does not change any current legislative guidelines in any of the states.

Amazon is collecting and remitting sales tax in the following states: Minnesota, New Jersey, Oklahoma, and Washington, and others are waiting for a response from Amazon. Washington was the first to start this trend back on January 1st, 2018. Most states are taking Washington’s lead, where the third-party seller (you) is required to register for a sales tax permit, files sales tax returns, plus the state’s B & O state tax return. All Amazon is doing is collecting and remitting the sales tax, so you don’t see any of the money, but you still have to register and file sales tax returns on time. Washington is clear to point out if you had stock in Washington prior to January 1st, 2018, you have a responsibility to collect and remit sales tax; and, if you did not, that money is still owed by you, and they expect you to pay and file returns for the period of time you had nexus (stock) up until January 1st, 2018. Other states follow a similar pattern.

Don’t expect California to follow this plan, and, if they do in the future, they will, like Washington, expect the past sales tax, penalties, and interest to be paid.

This is another misconception that is focused on the fact that several states knew economic nexus laws took place on October 1st. After that date, when you pass the threshold of sales or units, you would need to register in the state to collect and remit sales tax. Like most things, this is true, but you don’t have the full story. This does not replace physical nexus. If you already had stock in a state that adopted new economic nexus laws as of Oct 1st, 2018, that means your registration date would be the date you first had nexus and sales after that date, which is usually the same month. If you use an October 1st date, you may be committing fraud using the wrong date on the sales tax application (which is online in most states).

This is what we call the “sales tax legislative gap.” Many sellers are so focused on what changes will come in the future that will hopefully create a situation where they have less responsibility to collect and remit sales tax, which may be the case. In the meantime, the states are collectively losing BILLIONS in sales tax revenue to e-commerce sellers while there are no laws in place. It is possible your accountant was not up to speed with sales tax nexus guidelines prior to the June U.S. Supreme Court Case, Wayfair vs. South Dakota, which was quite common. Some tax firms and sellers were confused with the April 1, 2017 date, where Amazon started collecting and remitting sales taxes in all 45 states, plus D.C., but only on their sales, not third-party sellers.

In the end, know the facts about Amazon sharing your Seller Central information is what is most important. If you have sales tax nexus in a state, the most common are physical nexus, economic nexus, notice and reporting states, and finally, the marketplace facilitator rules. This is where some companies, such as Amazon, have agreed to collect and remit sales tax on behalf of sellers after a certain date and sales threshold. A state may have all four rules, and you have to determine which one you crossed first and your responsibility to either register and file returns and or to collect and remit.

Sales Tax System will guide you through these and all the complex steps before and after registering for sales tax.