Who is the Retailer when You Sell on Amazon.com?

Who is the Retailer when You Sell on Amazon.com?

Review of Amnesty in the Fall of 2017 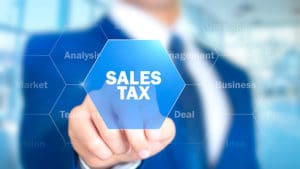 Retailers need to collect and remit sales tax while selling on Amazon.com.

In the fall of 2017, many of the states offered an Amnesty period through the MTC.gov that if you were selling online via Amazon FBA and had not collected and remitting sales tax, the states would give you amnesty for all past sales tax coming forward. You had to agree to collect and remit sales tax (and in some states, income tax as well).

A large group of sellers did nothing; primarily, they believed that Amazon should collect and remit all sales tax, not just on their sales but also on the third-party sellers’ sales.

One of the big arguments was that that the third-party seller was not even the retailer, but that Amazon was the retailer. The sellers and representatives would argue that Amazon owns the customer; therefore, they are the retailer, and only the retailer should collect and remit sales tax.

This argument was a big stretch, and, in the end, the states are NOT going for it.

In fact, fast-forward one year later, after the U.S. Supreme Court Case in June (Wayfair vs. South Dakota). It was determined that economic nexus was enough for sales tax required for an out-of-state seller v physical nexus, which has always been the standard.  This prompted the MTC.gov to assemble a workgroup with the states and other key organizations to clarify several marketplace facilitators, including Amazon, Walmart, eBay…, and sellers who use those platforms.

We have been invited to be a part of these meetings, and one of the first areas to clarify is the definitions of three important terms. Those include the following:

These all lead to clarification about who is responsible for collecting and remitting sales tax and filing sales tax returns. Of course, clarity, moving forward, is great as more and more states may move to collect sales tax, but still, have you register for a sales tax permit and file sales tax returns. The key that most sellers are hoping is that some of the states will change their position on past sales tax and their sales tax nexus requirements, which is not likely to happen. They may be clearer moving forward along with the definition of who is a retailer.

Statute of Limitations is Critical

States may not immediately go after you for the past liability that is due, but in time, they may (especially with the list of sellers more available from Amazon to the states).

Your past sales tax liability will remain on the books with each state. There is NO statute of limitations on assessing that liability because you have never registered or filed a sales tax return in the states where you have sales tax nexus.

A Growing Debit for You

This means you have a growing debt that will be due at some point in the future. You don’t want to be in the middle of buying real estate 3-4 years from now and, at the close of escrow, find out that you have 7 state sales tax liens.

Why You May Never See Your Sales Tax Liens

You may never even get notified, especially if you change your address from what is registered with Amazon, and your mail is not forwarded past 6 months. This is an important and often overlooked service when sellers cancel mail forwarding services or do not update their addresses.

Does this mean that every state will spend the money to go after all past sellers with a few letters?  That is a state by state decision based upon budget and ROI. The key question you have to address is what level of risk you are willing to take by hoping this will go away? What about foreign sellers? The states are very aware of the gaping hole, and your general attitude is that you approach U.S. sales tax as if you are untouchable, and the states are aware of it and do not like it. I would expect them to close this gaping hole soon.

How to Move Forward as a Retailer

In the end, if you are not in compliance with sales tax in the states you have FBA stock or passed the economic nexus levels (that part is clear), it is a financial decision as to how long you can go without collecting and remitting. Another holiday season is ahead of us, and I would recommend you get registered in the high-volume states where you have nexus to stop losing 10% of your future sales to pay past sales tax, penalties, and interest. Now that Amazon is collecting in 34 states, there are only 8 FBA states where Amazon is not collecting.

Need support? Reach out to us at support@www.salestaxsystem.com, and we will let you know how we may help you move forward.