You may have read the online comments around the world about the relief that Amazon.com is finally collecting and remitting sales tax on behalf of third-party sellers in over 47 marketplace nexus states (which includes D.C. and Alaska, which has no state sales tax but at the local level). Missouri will be added to that list by January 2023.

There was a massive sigh of relief from sellers; finally, we don’t have to collect and remit sales tax.

What does this mean for a seller who has been selling on Amazon.com for two years or more? 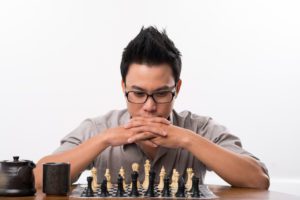 If the seller is NOT compliant with sales tax in the states where they currently have nexus and Amazon takes over the sales tax collecting and remitting responsibilities, the seller will stop losing the 10% on every sale in that state.

This means the financial bleeding will finally end, BUT this does NOT erase the previous sales tax due, along with penalties, interest, and late fees on any past returns.

The CONFUSION is that many sellers and tax professionals incorrectly assumed that the U.S. Supreme Court Case, Wayfair vs. South Dakota, REPLACED Physical nexus laws with economic nexus laws, and that is NOT the case.

The Wayfair vs. South Dakota case created a pathway for ECONOMIC nexus, which is in ADDITION to the existing PHYSICAL nexus laws.

This means even if Amazon is collecting and remitting because of Marketplace Nexus (they passed a threshold), if you had FBA stock in one of the 40 FBA states (with sales tax) PRIOR, that means you have exposure before Amazon takes over the responsibilities in the state.

A typical example is that on January 1st, 2020, Amazon will collect and remit for all the sales in Hawaii and Illinois. This, again, is excellent news moving forward from January 1st for those not in compliance, but if you had FBA stock prior or passed these states’ economic nexus thresholds of $100K in sales or 200 transactions, your business has a sales tax liability in the state.

If you had stock AFTER marketplace nexus, most states would take the position you only need to track the economic nexus thresholds moving forward. But, many states are ignoring that you first had physical nexus before marketplace nexus.

We realize that most sellers who are NOT in compliance in the states where they had physical presence are HOPING that since most states require Amazon (and other marketplace facilitators) to collect and remit sales tax, the states will “forget about” or “not pursue” past sales tax due as a result of previous physical nexus established by the seller in the state.

Sales Tax Update: In Pennsylvania: Remote Sales via Amazon FBA Did Not Create Sales Tax and Personal Income Tax Nexus. This was a major win for sellers against a state. Will this trend continue in 2023? Only time will tell.

There are still discussions about who is the “retailer,” which is a basis that several states, including California, use as a benchmark to determine who has nexus. Is Amazon the retailer, or are you, the third-party seller, the retailer?

Even though several states are starting to take the position that Amazon is the “retailer,” states like California have their viewpoint.

The states go to their events to use new technology to find more efficient ways to find sellers who owe past sales tax, then send out a letter or two with late notices as a low-cost method, which usually results in additional revenue.

FBA sellers will still need to track when they first had stock (physical nexus), plus when they pass the economic nexus thresholds in other states, to help determine when they first had nexus. This creates the starting point for your sales tax application (from a conservative point of view).

Most sellers will consider materiality when determining the economics of their business when it makes sense to register after crossing nexus thresholds, where there is a sales tax liability.

Bonus Point: Selling on Shopify or your website (or any NON-marketplace facilitator website) will create a need to collect sales tax and remit on those sales, assuming you have crossed economic nexus thresholds or had prior physical nexus.

If you are primarily an Amazon FBA seller and dabble in Shopify, that will create more sales tax compliance work.  This is especially difficult for foreign sellers because they will need a U.S. bank account to do an ACH to remit sales tax back to the state.

The good news is that Sales Tax System works with a remitting partner where they can file your sales tax returns without a U.S. bank account.