Why Taking the MTC-VDA Program Makes You A Smart Entrepreneur

Why Taking the MTC-VDA Program Makes You A Smart Entrepreneur

Do You Need Support with Amnesty that Expires November 1st?  Through MTC.gov, the MTC VDA program is where 12 FBA states past sales tax + Penalties + Interest will be waived. Sales Tax System membership includes an overview of the process to file your own Amnesty with our Amnesty Calculator for sales and IFT (income and franchise tax) and other tips to file. Plus, we have all the sales tax applications and sample applications to submit your own to the MTC. If you want Sales Tax System to prepare your sales tax applications, our fee is $75 per state or with our Amnesty service is permits are included). Our Amnesty Service Expires Oct 20th. Learn more here. 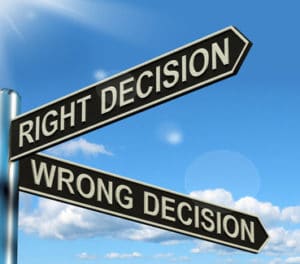 Like the eclipse in August, the Multistate Tax Commission (“MTC”) offered a once-in-a-lifetime opportunity for FBA sellers.  The opportunity is complete forgiveness of past uncollected sales taxes in the participating states through the MTC’s FBA seller voluntary disclosure agreement (“VDA”) program.  To qualify, the FBA seller must:

The very first item a state will look for in determining whether a business has “nexus,” or sufficient activity within the state, is the presence of a person, place, or thing.  This is the legal issue the US Supreme Court determined in Quill (the Court determined that if none of these things were present, a state might not be able to assert nexus).  While FBAs generally do not have people or locations in states other than their home state, they do have inventory in the non-home state where Amazon has a fulfillment/distribution center.  By having FBA seller-owned inventory stored at an Amazon fulfillment center, nexus has been triggered.

The FBA items sold clearly identify the FBA as the “seller” of the item and not Amazon.  Again, under well-established laws and court cases, when an item is sold on behalf of a disclosed seller (the FBA), the seller is responsible for any sales tax collection requirements.  This is a “known” or “disclosed principal” transaction.

It does not defeat a state’s assertion of nexus simply because the FBA seller did not “know” Amazon moved their inventory to the location(s).  It is clear in the FBA agreement that Amazon has the right to move the FBA’s inventory as Amazon sees fit to meet its projected sales.  The FBA can query, without special permission from Amazon, the FBA’s inventory history to determine where the inventory came to rest.  As such, it is strongly recommended that all FBA sellers file for amnesty in states where Amazon has a fulfillment center/distribution center.  The other MTC participating states should be reviewed for potential historical exposure and potential nexus-triggering activities other than FBA-owned inventory.

By filling in the FBA states, FBA’s can eliminate up to an estimated 40% of their total sales tax liability nationwide.  Additionally, if the good faith estimate of historical liability is accurate, the FBA cannot be assessed by that jurisdiction for that period ever.  In effect, for the “cost” of registering, collecting, and remitting sales tax prospectively, the FBA has “insurance” from ever being assessed on the reported historical transactions.

But What if I Don’t?

·       State Revenue projects – once the MTC VDA program has passed, there is the risk that the participating states will commence a program designed to identify FBAs by simply reviewing Amazon’s retail website.  FBAs are clearly identified as the “seller” of their products.  A simple query of registered retailers by the state will “catch” FBAs that did not participate in the MTC program.  Besides, these states will be most inclined to assess penalties (upwards of 50%) and interest (10% – 15% of the tax due) on any amounts assessed.

·       Audit risk – now that Amazon has nexus in all states, Amazon will soon be audited by the various states.  As part of these audits, Amazon will have to disclose all FBA transactions in the sample period.  The states will (and have) issued questionnaires or audit notices to large populations of FBA sellers.

The MTC VDA program for FBA sellers offers a truly unique opportunity to eliminate historical uncollected sales tax and should be pursued in at least the participating FBA states.  In addition to eliminating a significant portion of taxes, the MTC program, if properly completed, provides insurance against any future “change of heart” by the states to assess sales tax on the periods covered.  Finally, foregoing this opportunity puts the FBA at material risk of the uncollected sales tax and the corresponding penalty and interest costs.

Scott Letourneau is the founder of NCP and Sales Tax System. Since 1997, he has helped thousands of entrepreneurs launch their U.S. businesses with confidence. He is known as the business formation and sales tax expert and has worked with hundreds of Amazon FBA sellers over the past couple of years to navigate sales tax complexities. Scott has collaborated with the top legal and tax experts to bring all the resources to the table for his clients to succeed.

Remember, the MTC VDA deadline is October 17th, and we do not recommend waiting until the last minute to register. The agreement includes being registered to collect and remit sales tax as of December 1st.